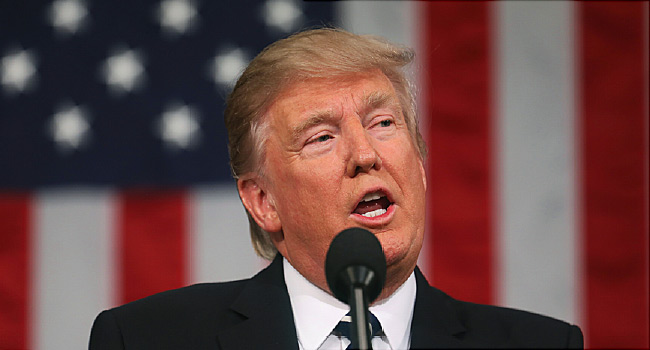 The president revealed the news in an early Friday morning tweet, saying they will go into quarantine at the White House.

“Tonight, @FLOTUS and I tested positive for COVID-19. We will begin our quarantine and recovery process immediately. We will get through this TOGETHER!”

Trump and his wife got tested after his aide, Hope Hicks, tested positive for the virus on Thursday. Earlier in the day, he had been on a fundraising trip to New Jersey.

Tonight, @FLOTUS and I tested positive for COVID-19. We will begin our quarantine and recovery process immediately. We will get through this TOGETHER!

The president’s doctor, Navy Cmdr. Sean Conley, MD, confirmed the test results and said both were feeling well in a memo sent to reporters.

“The White House medical team and I will maintain a vigilant watch, and I appreciate the support provided by some of our country’s greatest medical professionals and institutions,” Conley wrote in the memo.

He said Trump will continue his work “without disruption” while recovering. CDC guidelines say that someone exposed to the virus should quarantine for 14 days.

The New York Times and other publications reported that Vice President MIke Pence has tested negative for the virus. The paper also reported Friday that Republican National Committee Chairwoman Ronna McDaniel has also tested positive and is experiencing mild symptoms. Democratic presidentail canddiate Joe Biden, who shared a stage with Trump at Tuesday’s debate, plans to be tested today, the Times reported.

At 74, Trump is considered to be at higher risk for the disease. He weighed 244 pounds at his most recent physical, a weight that is considered obese for his height. Obesity is also a risk factor for more a more severe case of COVID.

Hicks had traveled with the president to Tuesday’s night debate in Cleveland. She was also with Trump at a campaign rally in Minnesota on Wednesday. The president told Fox News on Thursday night that she may have gotten the virus by interacting with a supporter at a rally.

Trump is rarely seen in public wearing a mask and has campaigned at large rallies in recent days, mostly outdoors.

Trump had been scheduled to receive an intelligence briefing on Friday, host a phone call to discuss seniors vulnerable to COVID, to attend a fund raiser in Washington, and then to fly to Florida for a rally. After his diagnosis, his schedule was changed and all that remains is the phone call.

Salmonella in Peaches Has Sickened 78 in 12 States

The Benefits of Vitamin C