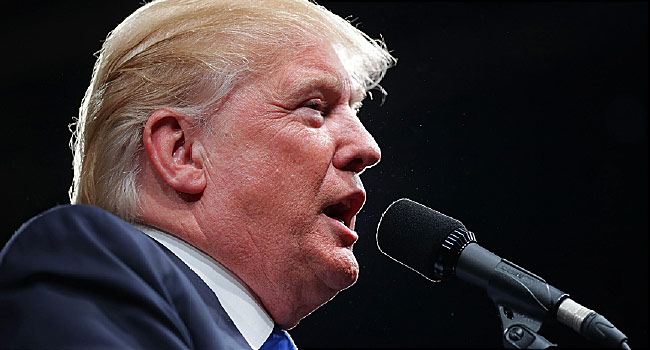 Oct. 9, 2020 – President Donald Trump said he wanted to hold a public rally on Saturday, his first since being diagnosed with the coronavirus just more than a week ago.

In a telephone interview with Fox News, Trump said he was aiming for a Saturday night rally in Florida and that he “might come back and do one in Pennsylvania in the following night.”

Friday afternoon, however, ABC News reported that Trump instead will make “remarks to peaceful protesters for law and order.” The network says Trump will speak to supporters gathered on the South Lawn of the White House from a balcony.

During the interview, parts of which appeared to be edited, Siegal referenced Trump’s earlier comments that he would take a coronavirus test today. Asked for the results, Trump said, “I have been retested, and I haven’t even found out numbers or anything yet. But I’ve been retested, and I know I’m at either the bottom of the scale or free.”

But, he did not say definitely that he tested negative.

Trump also said, however, that he was no longer taking the steroid dexamethasone, and was taking “basically nothing” in terms of medication for COVID.

Trump tested positive for the coronavirus on Oct. 1, spent 3 days in the hospital for treatment and has been sequestered in the White House since Monday. On Thursday, his doctor, Cmdr. Sean Conley, DO, proclaimed Trump symptom free and cleared the way for a return to public life.

“Today the president has completed his course of therapy for COVID-19 as prescribed by his team of physicians,” Conley said in a statement.

“Since returning home, his physical exam has remained stable and devoid of any indications to suggest progression of illness,” he said. Saturday will be Day 10 since Thursday’s diagnosis, and based on the trajectory of the advanced diagnostics the team has been conducting, I fully anticipate the president’s safe return to public engagements at that time.”

Voting During COVID Pandemic: How to Do It Safely

NIH and FDA Examine Serious Side Effect That Surfaced in…