Could Wildfires Have Long-Term Health Effects? 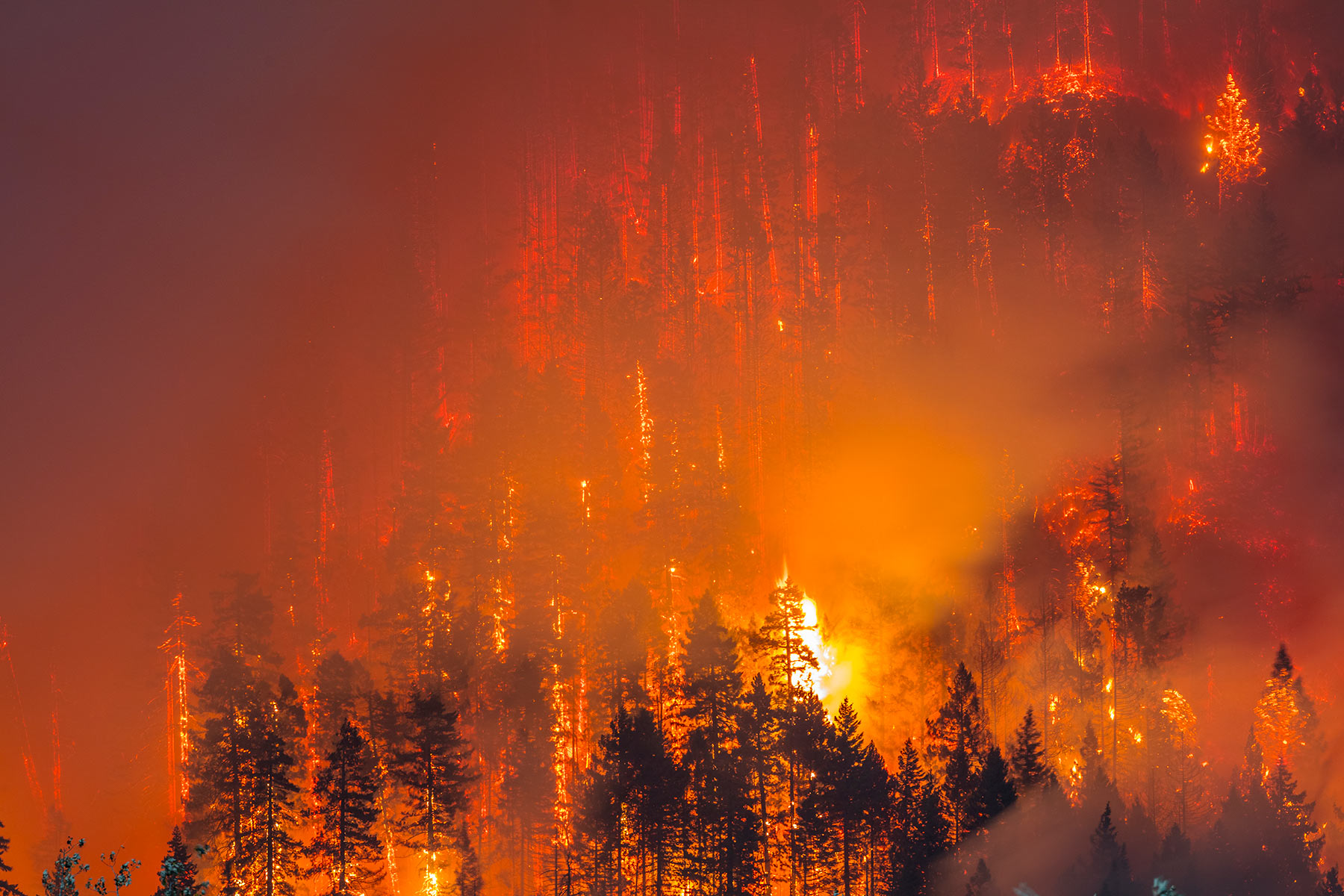 Sept. 25, 2020 — Along with the rest of the world, Sarah B. Henderson, PhD, watched as massive wildfires blazed across California, Oregon, and Washington. “What happened on the West Coast this year wasn’t unexpected,” says Henderson, an international expert on wildfires. “Not that it was expected this year per se, but we just have to expect extreme wildfire seasons like that now.”

Henderson, a senior scientist at the Environmental Health Services in British Columbia, has studied the health effects of wildfires for almost 20 years in places that include Australia, Southeast Asia, South America, and sub-Saharan Africa. Now, she says, huge wildfires have become commonplace enough in the age of climate change that scientists can begin researching the long-term health effects, similar to how they’ve studied the toll of air pollution or urban smog over the past decades.

Clearly, when people breathe wildfire smoke, the short-term health effects can range from eye and nasal irritation and coughing to worsening asthma, heart attacks, and strokes.

But it would take many years after exposure to see whether people develop related illnesses, such as heart disease, diabetes, and cancer, says Henderson, who is also an associate professor at the University of British Columbia’s School of Population and Public Health. “We do need a lot of time to pass before we can study them.”

Scientists aren’t sure yet, but there are some early clues. For example, one recent study looked at residents of Seeley Lake, MT. In 2017, the townspeople — many of them older — were exposed to an unprecedented thick layer of smoke from July 31 to Sept. 18 after a wildfire broke out. Researchers found that the lungs of many of Seeley Lake’s residents didn’t work as well after the fire, and the problem persisted in some of them for up to 2 years after the event.

Henderson’s own research has estimated global mortality from the smoke produced by landscape fires, which include wildfires and intentional fires, such planned burning of tropical rain forests. In a 2012 study published in the journal Environmental Health Perspectives, she and her colleagues estimated that short-term and long-term exposures to landscape fires cause about 339,000 deaths per year worldwide. “Fire emissions are an important contributor to global mortality,” the researchers wrote. In comparison, more than twice as many people die from air pollution, roughly 800,000 a year, according to the same study.

While much remains unknown about the health effects of wildfires, researchers do know a lot about the short-term and long-term health effects of exposure to air pollution or smog. “We have a tremendous amount of experience in fossil fuel burning and the consequences of that on the respiratory and cardiovascular system,” says Reynold Panettieri Jr., MD, a professor at the Robert Wood Johnson Medical School at Rutgers University in New Jersey. Panettieri is a pulmonary and critical care specialist.

In the short term, polluted air can worsen some conditions, such as lung diseases. He says it can even trigger events that cause death, such as an asthma attack that cannot be brought under control or a heart attack.

In contrast, long-term effects can include serious chronic diseases. “When you’re exposed to air pollution, it leads to systemic inflammation,” Henderson says, which over time can cause illnesses, especially heart disease, that can become fatal.

Air pollution might also contribute to the development of diabetes, dementia, and other illnesses, Henderson says. “This is a whole-body effect.”

But more study is needed to know if wildfire smoke causes the same long-term, bad effects on the body.

Scientists are also examining how the chemical makeup of wildfire smoke might differ from that of smog, which mainly comes from cars and industries.

Researchers know that fine particulate matter is harmful, whether it comes from smog or wildfires. “These are very small particles that can penetrate deep into the human lung and cause both irritation and inflammation. But those particles have different compositions, depending on where they came from,” Henderson says.

For example, diesel exhaust is a particularly damaging form of fine particulate matter. According to the federal Occupational Safety and Health Administration, exposure to diesel exhaust can cause eye and nasal irritation, headaches, nausea, respiratory disease, and lung cancer.

Smoke from burning biomass, or the burning of vegetation, contains hundreds of chemicals, many known to be harmful to human health, according to Henderson. Multiple toxins are released, Panettieri says. “Some of these are particulates. Others are sulfur dioxide, carbon monoxide, and a whole variety of other small molecules that easily pass from the nose to the lungs and into the blood.”

As with air pollution, not all wildfires have the same composition.

“We’re increasingly learning that some types of biomass smoke are more toxic than other types of biomass smoke,” Henderson says. In mouse studies, scientists found that exposing the creatures to smoke from burning eucalyptus and pine trees was significantly more toxic than exposure to smoke from red oak trees. Eucalyptus and pine trees “are both kind of very oily types of trees, so something having to do with the actual composition of the fuel,” Henderson says. There are no human studies because such exposures would be unethical.

In addition, biomass smoke may become even more toxic when wildfires burn up furniture, houses, cars, and other man-made materials.

Effects on the Young and Old

Knowledge of wildfire smoke’s lasting effects is still emerging, but it appears that the young and the old are especially vulnerable, experts say. “In the elderly, everyone loses lung function with age. That’s the bad news. You know how everything sags as you get older? So do your lungs,” Panettieri says. With less pulmonary reserve, older people are less able to withstand the health assaults from wildfire smoke.

Henderson also worries about the very youngest. “We don’t currently know enough about the effects of wildfire smoke on the developing fetus or young infants, but this is an area where early life exposure may alter health throughout the rest of the life course,” she says. “When we’re talking about longer-term effects, that’s really where the burden of disease could concentrate.”

“The lungs continue to develop until you’re 16 to 18,” Panettieri says. During this formative stage in life, environmental exposure to toxins can affect children’s lung development, he says.

When lungs are harmed by wildfire smoke, it’s unclear how long the effects last, whether for months or years.

Panettieri draws a parallel to cigarette smoke. “We know that even years after people stop smoking, their lungs aren’t normal. There’s ongoing inflammation that’s due to particulate matter.” When the particulate matter is lodged deep within the lungs, it’s not easily expelled, he says.

That may mean bad news for people chronically exposed to wildfire smoke.

Preparing for a Future With Fires

Forest, grass, and peat fires release large amounts of carbon into the atmosphere annually, influencing weather and air quality, and contributing to climate change, according to Henderson’s research.

Preparing for a future of living with wildfires might require changes to building codes to create “smoke-resilient” homes, offices, hospitals, and other structures, Henderson says. Most people spend the majority of their time indoors, so it would be forward-thinking to outfit buildings with efficient air filters to provide clean air, she says. “If we can keep people protected indoors, we are going a long way to keeping people protected.”

Wildfire smoke and its health fallout are global issues, Henderson says. She lives in southern British Columbia, an area that recently had “some of the most severe smoke exposures we’ve ever seen,” she says — not from fires in Canada, but from smoke drifting in from the U.S. West Coast. And Australia just had its worst fire season on record, with smoke that traveled around the world.

Do Your Best (Even When It Sucks)

Superfood Saturday: All About Avocados