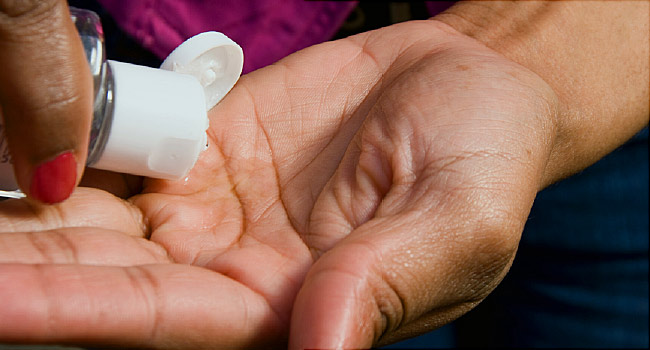 August 28, 2020 — Alcohol-based hand sanitizers that are packaged in containers that look like food items or drinks could cause injury or death if ingested, according to a new warning the FDA issued Thursday.

Hand sanitizers are being packaged in beer cans, water bottles, juice bottles, vodka bottles and children’s food pouches, the FDA said. Some sanitizers also contain flavors, such as chocolate or raspberry, which could cause confusion.

“I am increasingly concerned about hand sanitizer being packaged to appear to be consumable products, such as baby food or beverages,” Stephen Hahn, MD, the FDA commissioner, said in a statement.

Accidentally drinking hand sanitizer — even a small amount — is potentially lethal to children.

“These products could confuse consumers into accidentally ingesting a potentially deadly product,” he said. “It’s dangerous to add scents with food flavors to hand sanitizers which children could think smells like food, eat and get alcohol poisoning.”

For example, the FDA received a report about a consumer who purchased a bottle that looked like drinkable water but was actually hand sanitizer. In another report, a retailer informed the agency about a hand sanitizer product that was marketed in a pouch that looks like a children’s snack and had cartoons on it.

Meanwhile, the FDA’s warning list about dangerous hand sanitizers containing methanol continues to grow as some people are drinking the sanitizers to get an alcohol high. Others have believed a rumor, circulated online, that drinking the highly potent and toxic alcohol can disinfect the body, protecting them from COVID-19 infection.

Earlier this month, the FDA also issued a warning about hand sanitizers contaminated with 1-propanol. Ingesting 1-propanol can cause central nervous system depression, which can be fatal, the agency says. Symptoms of 1-propanol exposure can include confusion, decreased consciousness, and slowed pulse and breathing.

One brand of sanitizer, Harmonic Nature S de RL de MI of Mexico, are labeled to contain ethanol or isopropyl alcohol but have tested positive for 1-propanol contamination.

Poison control centers and state health departments have reported an increasing number of adverse events associated with hand sanitizer ingestion, including heart issues, nervous system problems, hospitalizations and deaths, according to the statement.

The FDA encouraged consumers and health care professionals to report issues to the MedWatch Adverse Event Reporting program. The agency is working with manufacturers to recall confusing and dangerous products and is encouraging retailers to remove some products from shelves. The FDA is also updating its list of hand sanitizer products that consumers should avoid.

“Manufacturers should be vigilant about packaging and marketing their hand sanitizers in food or drink packages in an effort to mitigate any potential inadvertent use by consumers,” Hahn said.

Will Telehealth Remain After COVID? Should It?

80% of COVID Patients Have Neurological Symptoms